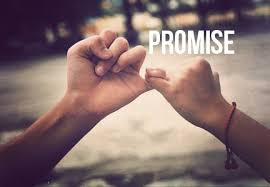 Jen’s Gem:  Put your faith in God in all things.

I recall when my kids were little, and they would get the hiccups. The sound that came out of their little bodies was so funny! We both laughed and got a kick out of it, which sometimes was the very cure. Laughter truly is the best medicine.

These days, the hiccups my children and I face take more than a chuckle to cure. You know what they say – Little kids, little hiccups. Big kids. Big hiccups. Well, sort of.

But if I have learned anything, it is that no matter your age, life is always going to throw you a curveball or two. While we can learn to prevent some of them, mostly we must learn how to get through them. What we do when things don’t go our way is key to living a somewhat peaceful life.

So, what do we do when things don’t go our way? There are a few choices:

Our instinctual first reaction is option number one. Just look at what a toddler does when their favorite toy is taken away. Shouts of “Mine! Mine! Mine!” fill the air and it will take quite a bit of soothing to get them to calm down.

We could choose to deny the entire situation and hope it’ll just resolve on its own like magic. “Abracadabra” and poof! As much as we’d like this choice, it’s not likely to happen. And my hunch is that even if it did, life is a game of whack a mole. Another hiccup is sure to follow.

That brings us to the third option – accept the hiccup.  I know – I don’t like this option either. Yet, it’s the best choice because it’s the one that will build our character and if the bump is big enough, it may lead us closer to God, especially if we are helpless to fix it on our own.

If anyone had their fair share of hiccups, it was Job. This poor guy couldn’t catch a break. As you read through his story, it is one thing after another. He lost everything. His kids, family, animals, money, and his health. Afterwards, he’s left by himself having a well-deserved pity party until…

A few of his friends come along in the hopes of boosting his spirits. They were doing pretty well until they too fell into the “whoa is me” camp. Despite all that had happened to him…despite his well-intentioned but misguided friends, Job remained steadfast in his faith in God.

“But without faith it is impossible to please Him, for he who comes to God must believe that He is, and that He is a rewarder of those who diligently seek Him.” (Hebrews 11:6 NKJV)

Because of this, he rose from the ashes. God restored everything to him – even more than what he had before.

“And we know that all things work together for good to those who love God, to those who are the called according to His purpose.” (Romans 8:28 NKJV)

We are all facing a mountain of hiccups these days. We don’t soon get over one and another comes our way. It’s a bit like a woman in labor. When she chooses to work with each contraction, instead of fighting against it, the labor is smoother.

I did not say it would be easy. Nor did I say the pain would magically go away. But when we can breathe through our hiccups, put our faith in God’s promises to deliver us, then the rewards will be multiplied.

Got hiccups? Get God.