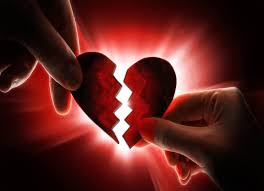 Jen’s Gem:  Forgive as you have been forgiven.

I am likely one of the few people who has never seen the movie “Frozen.” Why? I don’t like the theme song, “Let It Go.” I didn’t like it the first time I heard it and when they played it 18 trillion times on the radio during the movie’s release, my disdain for it multiplied.

Ironically, what do you think has been on my mind all week? This song! Well, the song title anyway. This time of year, many people are focused on cleaning up their diet or closets. While there are many benefits to doing these activities, they are short-lived. The closets will get messy again and we will backslide on our eating plans.

We’re human. Don’t beat yourself up. This is a judgement free zone.

However, what if we nix our Marie Kondo aspirations and instead use 2023 to clean up our hearts? What if we made an inventory of all the hurts we have experienced – or maybe even caused – and eighty-sixed them? Let them go once and for all? What would that look like?

I’ve done this exercise many times over the past decade or so. Some people needed a do-over because the hurt was so deep or the betrayal so strong that a simple Lysol cleaning wipe wasn’t enough. I needed a Brillo pad.

Forgiveness can be a tough pill to swallow. Depending on the hurt, it may seem an impossible feat. I mean, there are some things that are just unforgiveable, yes? Umm…well…no actually, there are not.

When Jesus hung on the cross and took on all of the sins of the world, He uttered these words:

Let’s take a moment and imagine the scene:

Jesus is hanging on the cross in unimaginable pain, staring at the very people who put Him there and asking His Father to forgive them. What?? Really?? Forgive the ones who lied about Him? Betrayed Him (Judas and Peter)? Drove the nails into His hands? Smashed the crown of thorns on His head?

I don’t know about you, but I’d be conjuring up ways I could get even. I’d be asking God to hurt those people the same way or worse.

But that’s not what Jesus did and not what He wants us to do either.

Jesus forgave the people who murdered Him AND all the sins of all the people who ever lived and will ever live. That’s you and me friend. I know. Hard to believe, right? Why would He do this? Because He loves us with a love that none of us can imagine.

So how do we let it go? How do we forgive people who have hurt us? Here’s my formula:

“Then Peter came to Him and said, “Lord, how often shall my brother sin against me, and I forgive him? Up to seven times?” Jesus said to him, “I do not say to you, up to seven times, but up to seventy times seven.”” (Matthew 18:21-22 NKJV)

Many people think if we forgive those who hurt us, it’s excusing what they did. It is not! And God knows this! He is a God of justice, and He will take care of it.

The unforgiveness that has taken up residence in your heart is only hurting you. I’m fairly confident that the people who have hurt me are not crying in their coffee over it. They have likely forgotten all about it or are clueless about the impact of their actions.

Meanwhile, what are we allowing unforgiveness to do to us physically, mentally, emotionally, and even spiritually?

Then watch as God moves to heal our hearts and heal our lives.